Mona Mahmudnizhad (September 10 , 1965 – June 18, 1983) was a Persian Bahá’í who, in 1983, together with nine other Bahá’í women, was sentenced to death and hanged in Shiraz, Iran because of her membership in the Bahá’í Faith.
Mona Mahmudnizhad was born on September 10, 1965 to Yad’u’llah and Farkhundeh Mahmudnizhad, who had left their home in Iran to teach their religion in Yemen. She was the second child in the family; the family’s first daughter, Taraneh, was seven years old at the time of Mahmudnizhad’s birth. Mona spent her first four years in Yemen; at age two, she was hit by a car and thrown to the sidewalk, but sustained no serious injury.In 1969 the government of Yemen expelled all foreigners and the Mahmudnizhad family returned to Iran. They spent two years in Isfahan, six months in Kirmanshah and three years in Tabriz before finally settling in Shiraz in 1974. During this time her father repaired small appliances for work and served the Bahá’í community as part of various Bahá’í administrative bodies.

While Bahá’ís regularly faced persecution in Iran, the Islamic Revolution of 1979 refocused the persecution. At 7:30pm on October 23, 1982, four armed revolutionary guards, sent by the public prosecutor of Shiraz, entered the Mahmudnizhad household and ransacked the home in search of Bahá’í material. When they were finished they took Mona and her father into custody. The two were blindfolded and taken to Seppah prison in Shiraz, where they were placed in separate quarters; Mahmudnizhad was detained in Seppah prison for a total of 38 days.On November 29, 1982, she and five other Bahá’í women were transferred from Seppah prison to Adelabad prison, which was also in Shiraz. After some time in Abelabad she was transferred to the Islamic Revolutionary Court where she was interrogated and then returned to prison. A few days later, she was once again taken from the prison and interrogated in front of an Islamic Revolutionary Judge. After these series of interrogations Mahmudnizhad was found guilty and sentenced to death by hanging. At the time of her sentencing, the President of the United States, Ronald Reagan, made a plea for clemency, despite this, the sentence of the 10 women was carried out on the night of June 18, 1983, in a nearby polo field. 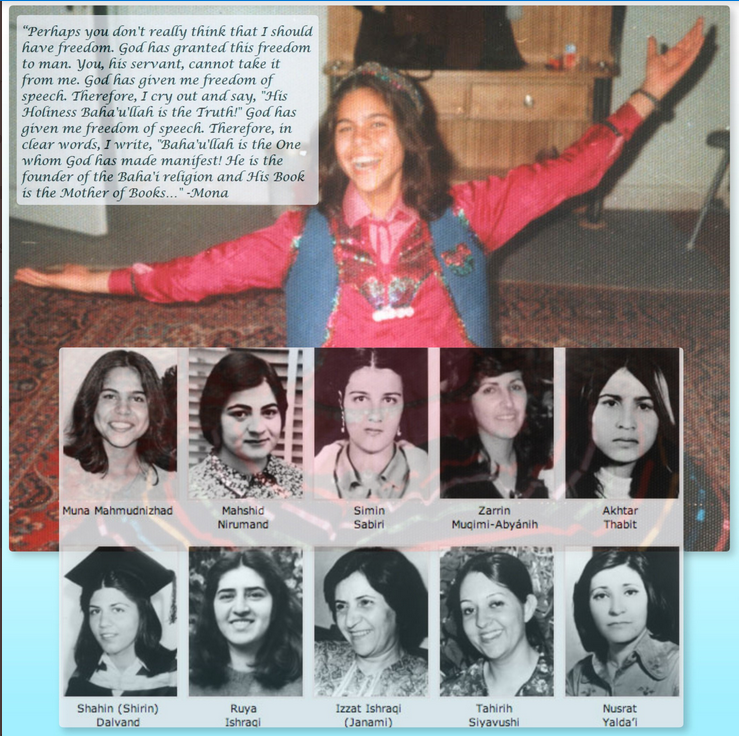 The names and ages of the other women who were hanged with Mahmudnizhad were:

On June 18, 1983, Mona along with 9 other Bahá’í women was executed in Iran because of her membership in the #Bahai Faith. #HumanRights

We must never forget.

Find us on Google

To learn more about the Bahá’í Faith go Here 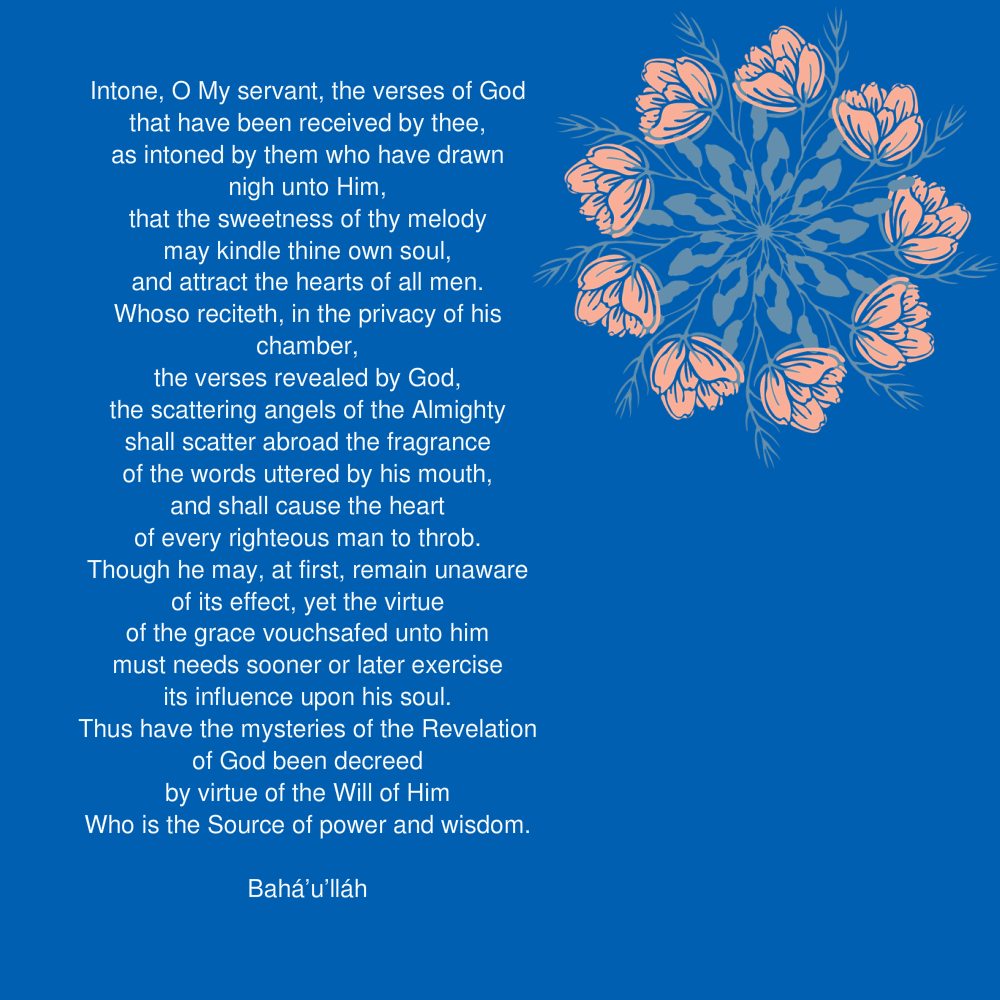 Throughout history, God has sent to humanity a series of divine Educators—known as Manifestations of God—whose teachings have provided the basis for the advancement of civilization. These Manifestations have included Abraham, Krishna, Zoroaster, Moses, Buddha, Jesus, and Muhammad. Bahá’u’lláh, the latest of these Messengers, explained that the religions of the world come from the same Source and are in essence successive chapters of one religion from God.

Bahá’ís believe the crucial need facing humanity is to find a unifying vision of the future of society and of the nature and purpose of life. Such a vision unfolds in the writings of Bahá’u’lláh.

A Brief Introduction to the Baha’i Faith

“Create in Me a Pure Heart” by Negin Zabihi